You’ve done it! You’ve studied, you’ve trained, and you have flown your butt off to get that ‘golden’ commercial pilot certificate that finally allows you to be hired for compensation. But now what? Your new hurdle to climb is to find a job as a newly minted commercial, low time pilot. Sounds tough, but you are in luck as aviation has numerous possibilities when it comes to low time pilot jobs. Here you will find a list of low time pilot opportunities that will finally allow you to put that commercial pilot certificate to use.

I can guarantee you have seen these planes buzzing around football stadiums, concert venues, and even pulling the occasional ‘Will you marry me?’ banner. This type of flying is a great way to start out your professional pilot career as you will most likely be flying numerous hours in a row- slow, low, and in VFR conditions. To become a banner tow pilot, you will need an endorsement that states you have gained proper instruction to ensure the safety of flight as you are hooking the banner onto your aircraft, close to the ground while already airborne. You will also need a tailwheel endorsement to fly the aircraft required to pull these banners. New to tailwheel flying? No need to stress, as  Fly8MA has great resources to get you prepared for that tailwheel endorsement.

Expect to find a banner towing job in large cities near stadiums or in popular tourist areas. Banner towing pilots will be flying their advertisements over large crowds of people, for numerous hours in a row, which means this type of flying position will more than likely be paid hourly. Also expect this type of flying to be done on weekends, which provides a great opportunity to have another flying position in conjunction with banner towing.

Gliders are light aircraft that maintain flight without an engine. For these aircraft to become airborne, they utilize a powered aircraft to tow them into flight. Much like banner towing, this happens with utilization from a tailwheel aircraft. Unlike the other jobs in this article, glider towing is the only ‘job’ that you can maintain without receiving a  commercial certificate, with the condition being you will not be compensated for your time. Although you may not be getting paid when you begin glider towing, this is a great way to get your foot in the door and gain experience that will lead you towards higher-paying positions.

Glider flying is done in rural areas and mostly on weekends, as this is more of a sport hobby for the glider pilot. If you are being paid as a glider tower, you will more likely than be paid for a day’s worth of work, per flight, or hourly.  Also like banner towing, this is another great opportunity to have another flying job in conjunction with glider towing. 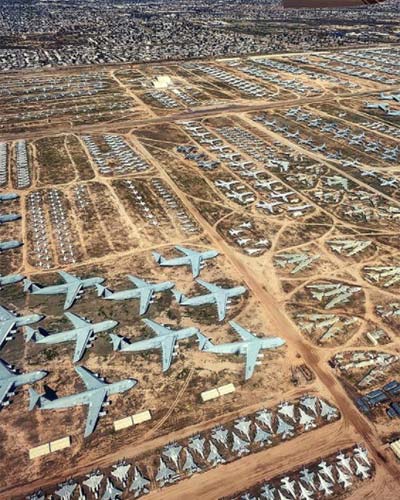 Aerial photography is utilized to get the ‘big picture’ from above. This includes photos of real estate, construction, property, you name it, it can be photographed! As an aerial photography pilot, your job is to fly an aircraft with either a camera mounted to the plane itself or with a photographer that will be in charge of getting ‘that’ photo. You might be asking yourself, can’t a drone just do that? Yes! A drone can absolutely do that. But with the 400 ft. restriction that is placed on drone operations, drones are not capable of getting the same photograph that an aircraft can get at say, 1,500 ft.. This means that aerial photography is still absolutely in demand and a great job for a low time pilot.

By now you have heard it once, and you are going to hear it again. Get that flight instructor certificate! A Certified Flight Instructor’s job is of course to teach students to fly, but there is so much more to being a flight instructor than just this. In obtaining your  Certified Flight Instructor certificate, you are solidifying the aviation knowledge you have already gained so far. This certificate will really take you places as you can of course become a CFI with low time, but you can utilize this certificate in many different ways well into your flying future. Have your sites on flying for the airlines? You could be an instructor for them! Ever thought of running a flight school? Every flight school needs a  chief pilot, also known as ‘chief flight instructor.’ Have dreams of creating your own schedule, flying when you want, where you want, with aspiring pilots? Sounds like you would be a great career long flight instructor!  This is just a few examples of where this certificate will take you, and by investing in this certificate you are really making a great investment in yourself as a low time pilot.

As a low time pilot, you will most likely find yourself in a traditional flight school setting starting out. Flight schools can really be found anywhere, and flight instructors are always in demand meaning the opportunity to find a position is in your favor. Expect to be paid hourly, although there are opportunities for salary positions depending on the school. Some flight school settings even have opportunities for additional flying depending on the services that the flight school provides. Still unsure that the effort of becoming a flight instructor is right for you? Fly8MA has plenty of resources and support to help you achieve this next step in your aviation career.

Pipeline and power lines require regular surveying to ensure there integrity. The most efficient way possible to get this done is by aircraft. Pipeline and power line patrol pilots fly at low altitudes, in VFR conditions, looking for any type of damage to the pipelines and power lines themselves. Since these lines need inspection on a regular basis, pilots acquire hours quickly, making this a great stepping stone job for a low time pilot looking to gain hours and experience.

Pipeline and power line patrol flying positions are mostly contracted out to patrol companies, meaning you could potentially be flying for more than one pipeline and power line company at a time. Since you are flying for the patrol company, they will most likely keep you on salary, versus hourly like many of the other low time flying positions discussed in this article. 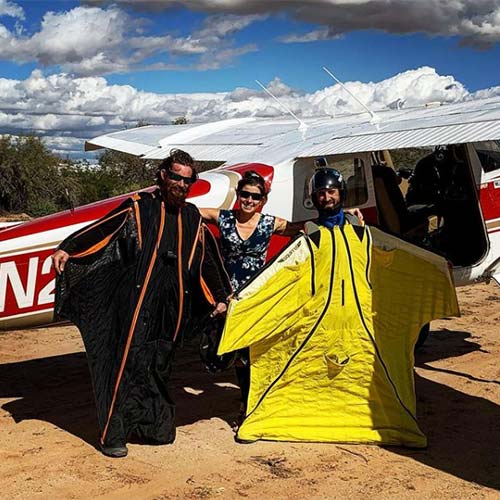 You might have guessed it, skydive pilots fly skydivers to altitude so that they can jump out of a perfectly good airplane! If you ask me, I would much rather be the pilot in this situation. That’s a good thing because this is a great job for a low time pilot. With so much going on in each flight transporting skydivers, you are really honing in on all of the skills you have acquired as a pilot so far. Skydive pilots make numerous take off’s and landings each day. As they quickly get to altitude in their aircraft specifically configured for skydivers to jump out mid flight, they are then required to keep the aircraft straight and level so each jumper can safely begin their personal flight. As each skydiver takes their jump, the center of gravity of the aircraft changes, causing the pilot to adjust for this change. With skydiver pilots making numerous flights in any given day, this is a  great way for a low time pilot to gain experience in high workload situations.  What to Expect

Skydive pilot positions will more than likely be found in rural areas, allowing plenty of room for the skydiver to make their flight safely. Depending on the area that you live in,  skydiving is typically seasonal and done mostly on the weekends. As a skydive pilot you can expect to be paid either hourly, per flight, or daily, depending on the company you are flying for.

This might be one of the most fun pilot jobs in the bunch, as you are not only flying excited tourists over scenic areas, but you are also doubling as pilot and tour guide to provide the most memorable experience possible. Another great low time pilot position as you typically make this these types of flights in daytime, VFR conditions, allowing optimal views for the tourists.

Aerial tour pilot positions will mostly be found in scenic, tourist areas, although not limited to this alone as most flight schools and FBO’s can provide some type of aerial tour experience. Expect this position to be seasonal, and mostly flown in daytime conditions, as the most desirable time for a tourist to take flight. In this position you will most likely be paid per flight, but could potentially could be paid more as excited tourists are always happy to tip when they have received an excellent tour!

Finding your first job as a low time pilot may seem like a daunting task, but with as many different opportunities as there are in aviation, you are sure to find a job that will fit the bill. Wether it be to gain your hours towards you next aviation endeavor, or you are looking to make your life long career out of jobs such as these, your low time pilot job will no doubt create a pilot that becomes full of professional experience and well sought after.