The Aircraft Flight Control System allows the pilot to control the direction of the airplane. All airplanes are controlled over 3 axes, and allow the aircraft to roll, pitch, and yaw. Watch the video above for a brief introduction to aircraft controls.

The ailerons and elevator are connected to the aircraft’s “stick” or “yoke”, while the rudder is controlled through rudder pedals located in the footwell.

Flaps increase the amount of lift the wing is capable of producing, allowing the aircraft to be flown at slower speeds which can be beneficial for takeoff and landing. Trim, on the other hand, is similar to cruise control in your car. It is often referred to as the “cheap man’s autopilot”, and allows you to maintain a set altitude by alleviating control pressures. For example, once you level off and set your desired power setting, you may be holding the yoke slightly forward or slightly back to maintain your current altitude. Adjusting trim allows you to release that pressure while keeping the airplane at the same altitude.

The airplane moves about three axes, and all of these axes meet at one central point which is the CENTER OF GRAVITY. 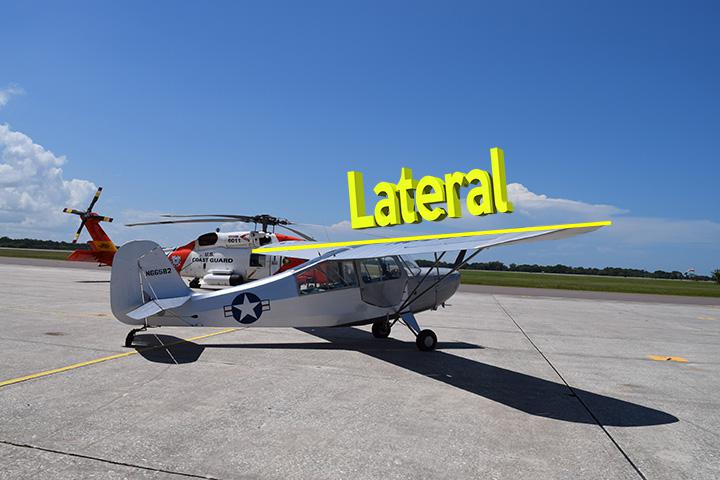 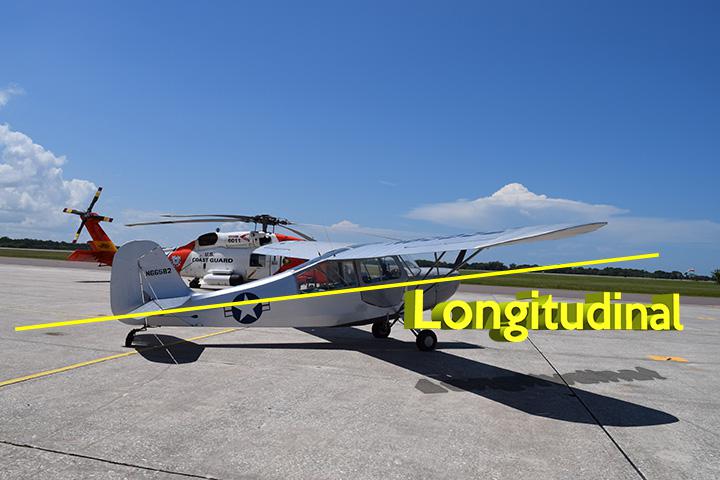 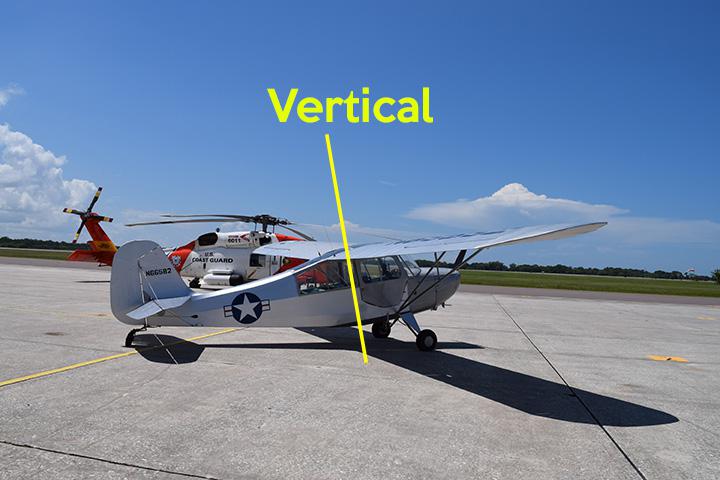 Aircraft are controlled through primary and secondary flight controls, and move over three axes known as longitudinal, lateral, and vertical axes. The airplane moves about these axes through roll, pitch, and yaw.

Back to Lesson
Next Topic