How much can the wing carry? 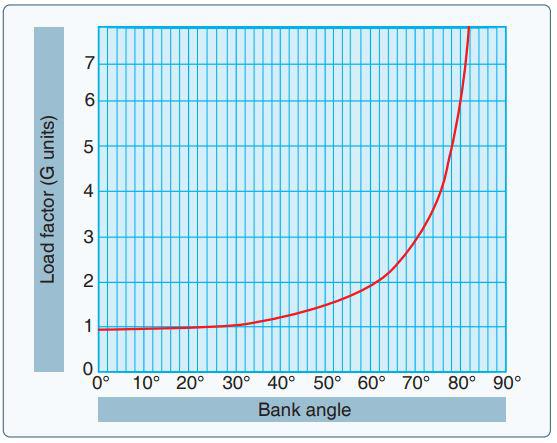 This is an aircraft load factor graph, demonstrating how G loading or G-forces occur on the aircraft, and in turn, you when making level turns (level turns being holding a constant altitude and not climbing or descending. As we talk about being LEVEL in this TOPIC, what we mean is maintaining the same altitude).  As you increase the bank angle of the airplane, the lift being generated by the wing is no longer just pushing straight down to keep the airplane in the air, this lift is now being directed at an angle which is ultimately what makes your airplane turn.  The horizontal component of lift is what makes the aircraft turn.