Class D airspace is controlled and also has a control tower for the corresponding airport that will issue clearances to aircraft to taxi, takeoff, and land.

The difference between a Class D airport and other airports is that it may be just slightly busy enough to warrant having a control tower at the field, compared to less busy airports that are in Class G or Class E airspace.  Many Class D airports also only have part-time control towers that close after a certain time.  When the tower closes, the airport stays open, however, the type of airspace will change from Class D to Class E or Class G (which type it reverts to will be denoted in the Chart Supplement, formerly referred to as the AFD).

Class D airspace may have more than one airport inside of it.  The airport basically in the middle of the Class D ring is referred to as the “primary” airport within the airspace, and it is the airport that has the control tower located on the field.  You can actually take off from an airport that lies within Class D airspace without getting a takeoff clearance, you simply contact the tower at the primary airport AS SOON AS PRACTICAL after takeoff to let them know you are in their airspace now.  The reason they let you do this is because VHF aircraft radios transmit line of sight, and you may not be able to make contact with the control tower until after you are already airborne.  An example of an airport lying within Class D airspace is below: 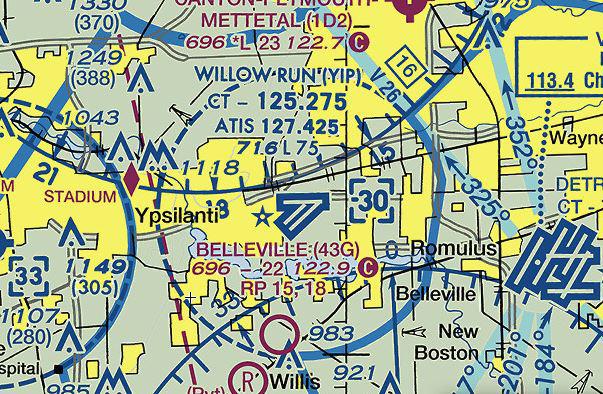 There are several “defaults” associated with Class D airspace that can be good to remember. 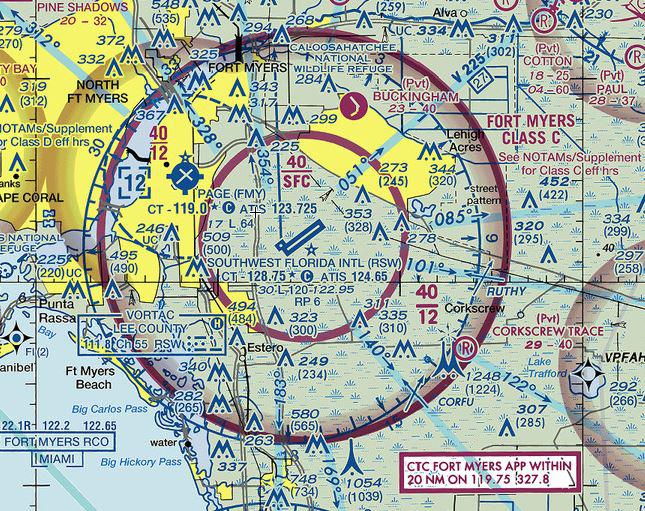 Here is an example of other “more important” airspace overlying the Class D airspace:

Here the Class D airspace around Page (FMY) goes up to 1,200′ msl and then the Class C airspace from Southwest Florida International (RSW) takes over and goes from 1,200′ msl to 4,000′ msl.

Check out this video below as an example of what it looks like to depart from a non-towered airport in Class G airspace and fly to and land at a towered airport in Class D airspace. Notice how the radio calls are different, but the same basic structure remains the same of who you are calling, who you are, where you are, and what you want to do.    Note: this is a 360 video, you can use the controls in the upper left corner to pan around the cockpit.

Flying From a Class D Airport

Check out the video below to see the steps involved in departing a Class D airport.  Take notes on the steps from getting the ATIS, to contacting Ground, and eventually contacting the Tower to Takeoff!   note: this is a 360 video, you can use the controls in the upper left corner to pan around the cockpit.