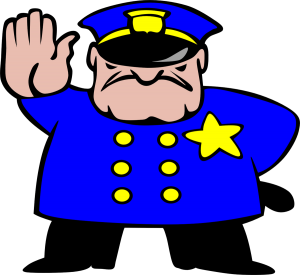 A light dose of rules

Well, yes there are a lot of rules involved in flying, along with some unique nomenclature you may not have heard before.  Given that this may very well be the “driest” part of your flight training, we’ve decided to break it up into a few parts, and it’s about that time in the course where we start dishing it out to ya! (The Federal Aviation Regulations that is, FARs)

For everything written below, just assume it is all in CAPS, as in, take shorthand notes on what you see and try your best for just pure rote memorization at this point.  You’ll need to be able to regurgitate a large part of what is below for your written test, and some of it will start to make even more sense the more you progress with flight training.  Without further ado, get to it and start writing….

Categories are the broad topic,

Dropping things from airplanes – it’s totally fine as long as there is no hazard to people or property on the ground.

Pilot Authority – you as PIC are directly responsible for, and are the final authority as to the operation of the aircraft. You may deviate from any rule or regulation to the extent needed to deal with any emergency situation to maintain the safety of passengers and the airplane.  A written report of any deviations from the FARs should be filled with the FAA only upon request (usually 48hrs to do so if asked).

Required Documents On Board – Arrow

Limitations and Placards – Operating limitations of the aircraft must be located in the current FAA-approved flight manual, approved manual material (POH), markings, placards, or any combination thereof.

Preflight – Pilots are required to familiarize themselves with all available information concerning the flight prior to every flight, and specifically:

Seat belts – During takeoff and landing, and while enroute, each required flight crewmember must keep their safety belt fastened while at their station.  If shoulder harnesses are available, they must be used for takeoff and landing.