Surface analysis and Prog charts are my favorite way to get a big picture view of what the weather will be doing over the next few hours and into the next few days even.  One thing you will learn about weather forecasting as you study aviation weather is that although accuweather.com offers an interesting 45 day forecast, no one can really accurately predict the weather more than a few days out for the level of detail we need as pilots (temperatures, cloud heights and coverage, moisture content in the air, etc.)

A few key facts to know: 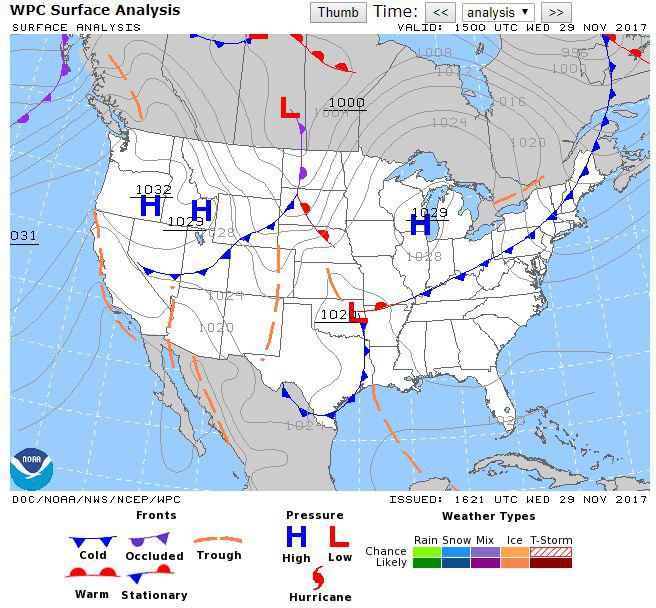 We obviously have a handy legend of symbols right under the chart, so we won’t waste too much time talking about the individual markings.  What we do want to talk about is the weather picture that is being painted here for us currently and looking 48 hours out as we proceed through the TOPIC. Currently, we see a trough over Louisiana, Oklahoma, and the Arkansas area.  We also see a weakly organized cold front meeting a warm front that stretches from Texas up into the North East US.  Given the cold front is not well organized, not moving quickly, and that it is the middle of November and there is not much moisture in the air, I wouldn’t expect too severe of weather to be popping up along that line.  We can see the tight spacing on the isobars over North and South Dakota, and as such with a strong pressure change over a short distance I would expect some windy conditions in that area.

The Prog Chart is really just a surface analysis chart with predicted precipitation added as an overlay (oh, and it is a forecast too, not an observation). 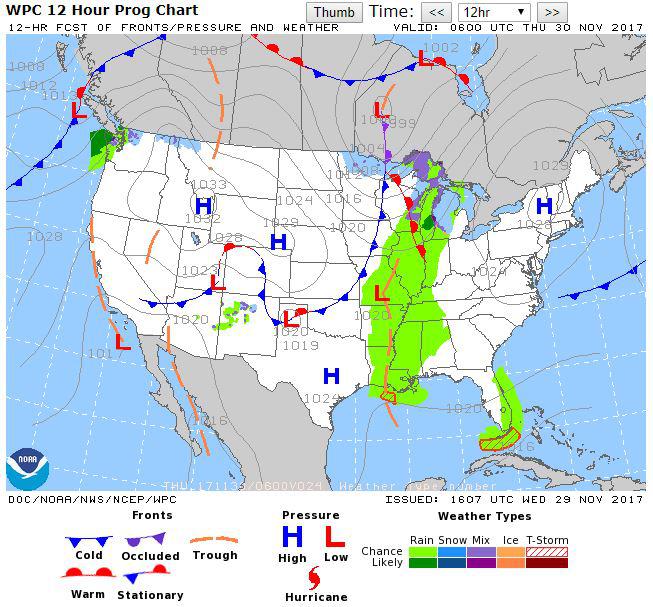 This 12hr forecast above is an outlook just about 15 hours from the first chart (surface analysis chart) we talked about at the top of this page.  We can see the weak cold front has pretty much dissipated just 15 hours later and the trough aloft over Louisiana, Arkansas, and now Missouri has helped lift some moist air up into the atmosphere to create some light precipitation.  What is about to get interesting is the cold front currently over the Midwest is making its way eastward and will likely push that moist air even higher and develop some more intense weather in the near future.  Let’s take a look an additional 12 hours into the future. 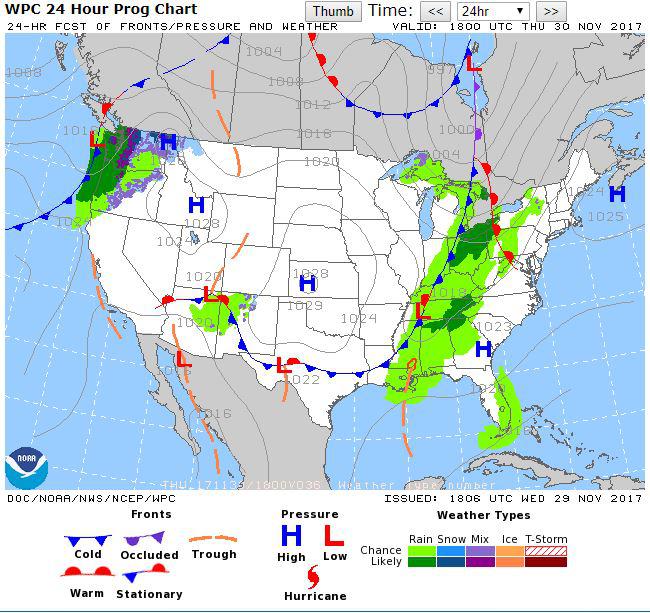 The cold front from the Midwest is making a steady march eastward picking up more moist air in its path and creating slightly more intense rain along the leading edge of the cold front.  Now if this was July and there was a lot more moisture in the air, plus a more unstable lapse rate in the atmosphere, we’d have the perfect recipe for severe thunderstorms all along the line of the cold front.  We do have just a tiny bit of a warm front over east Tennessee that is opposing the cold front, but colder denser air usually wins and will probably have no issue pushing that eastward with it.  Let’s take a look now 36 hours out. 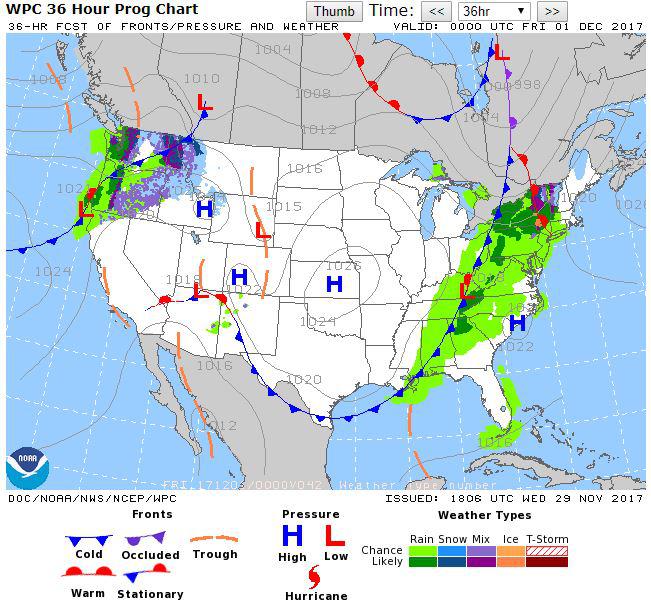 Now looking 36 hours into the future we can see the cold front starting to spread out and lose some of its intensity (not moving as fast).  It is still generating quite a bit of rainy weather as it picks up warmer moist air from the surface as it chugs along.  Due to other factors not shown on this chart (moisture content of the air and lapse rate in the atmosphere) this cold front is about to peter out over the next day or so. 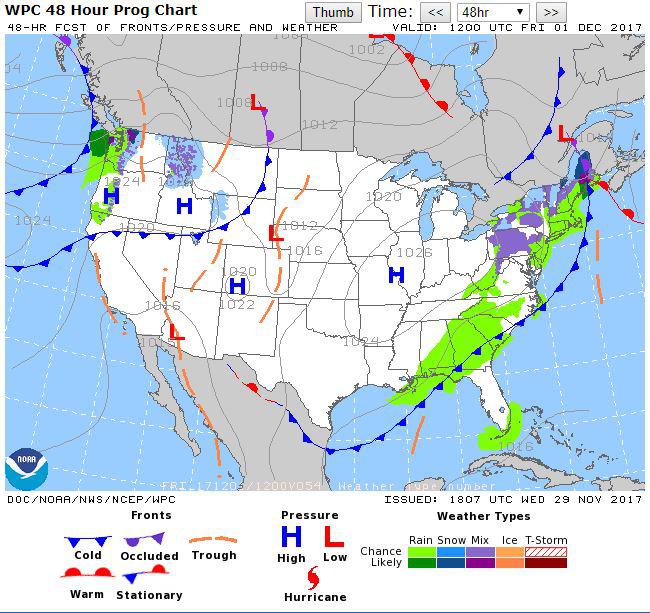 48 hours into the future we can see the frontal line is slightly wavy indicating it is losing its strength (especially over the Southeastern states).  This slowed rate of movement, coupled with a lack of moisture in the atmosphere is showing we have just a slight chance of rain and probably very light intensity rain over Georgia, Florida, and South Carolina as the front runs out of steam as it makes its way farther south (this is the way most cold fronts from the Northwest end, somewhere over Florida or the Caribbean).