So there are a couple reasons why propeller-driven aircraft always seem to want to turn left (and it pretty much is all totally due to the rotation of the propeller and the power from the engine).

Specifically, there are four main left turning tendencies, and we’ll talk about them in the video above and the paragraphs below.

P-factor is due to the ANGLE of ATTACK of the propeller, or in other words, the angle at which the air meets the propeller.  The propeller takes a bigger “bite” of air on the right side producing more thrust from the right half of the propeller thus trying to turn the airplane left.  If this is a confusing concept, watch the video above. 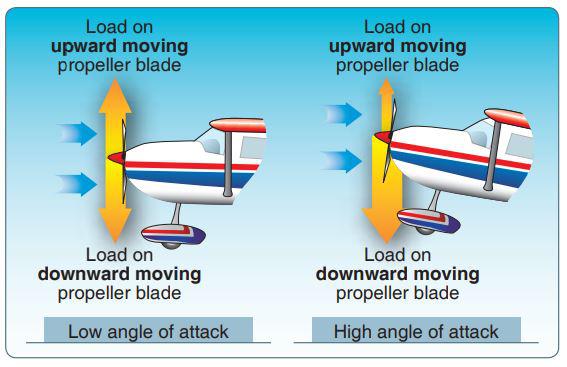 Spiraling Slip Stream is the air being spiraled around the fuselage due to the propeller not only pushing air backwards to pull the plane through the air, but also slinging the air around as it moves through the blades. 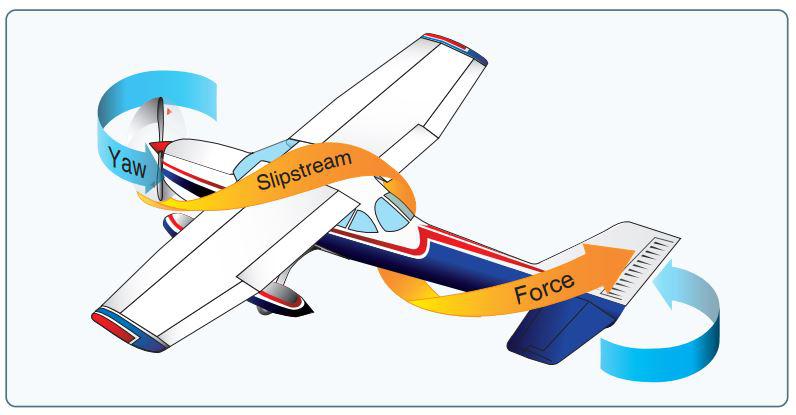 This gyroscopic action is the result of applying a force to a gyroscope (in this case the big spinning propeller) and having that force act 90 degrees later in the direction of rotation.  It is best explained by the pictures below and video above.