We have a couple of different types of fronts we commonly encounter while flying:

Let’s break it down by each type:

Cold fronts come in two flavors, fast and slow.  Fast moving cold fronts have been known to race across the continent at up to 60mph (this is what we mean when we say the weather is changing fast)!

A cold front is basically a wave of cold air generally plunging down from the polar region above the United States.  These cold fronts carry cold dense (high pressure) air with them.  You will almost always notice an area of high pressure right behind a cold front.  The frontal line itself will generally be located along a “trough” or an area where the pressure drops between two air masses.  This is because as the cold front moves along, the colder air forces the warmer (and moist) air it is meeting upward.  As the warm air moves upward, the moisture in it begins to condense, releasing more heat energy and further lowering the pressure of the air on the boundary of the front.  We can generally expect an increase in atmospheric pressure after a cold front moves in and a HIGH moves into the area.  This high-pressure mass will generally bring cooler temperatures, clear skies, and of course, bumps and turbulence as the ground heats and the warm air at the ground rises into the cool air aloft. 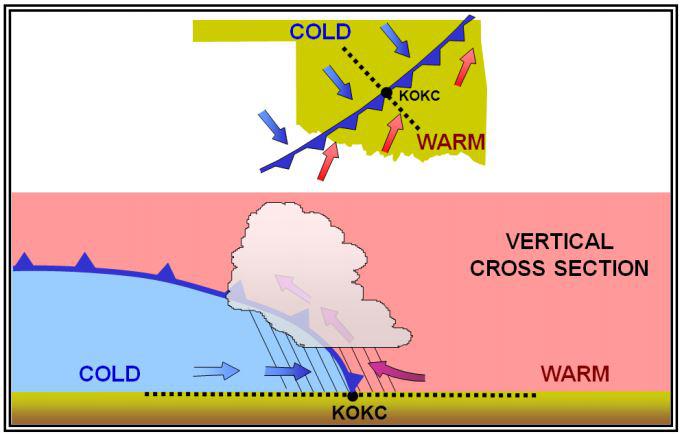 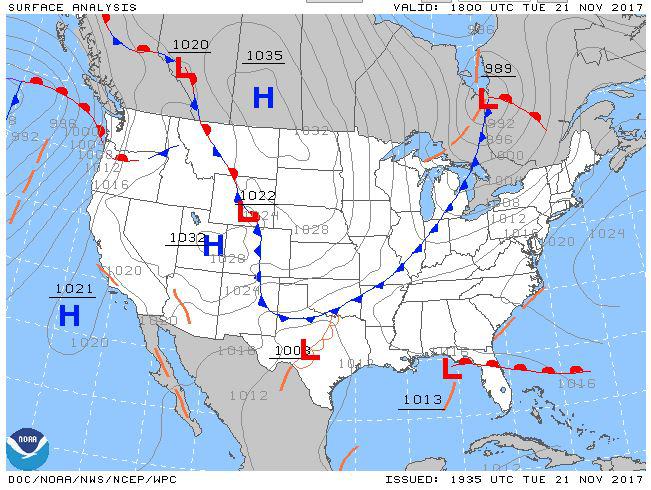 Instead of cold air plunging down from the Arctic to form cold fronts, this is a case where the polar air retreats pulling in warmer (and moister) air from the south in its place.  Since cold dense air is often reluctant to give way to the warmer lighter air, warm fronts typically only move at around 15mph and have much shallower “slopes” of around 1/100 (the warm front is only 1 mile tall 100 miles from where it starts).  This shallow slope means that weather associated with a warm front is generally distributed along a larger area and is probably less intense than that associated with a cold front.

One major hazard associated with warm fronts is the possibility of rain to fall from above in the warm front down into the colder air it is overtaking.  If the colder air is really cold, this could be a great recipe for freezing rain and fast accumulation of clear ice on your airframe.  ICE+AIRPLANE=BAD DAY 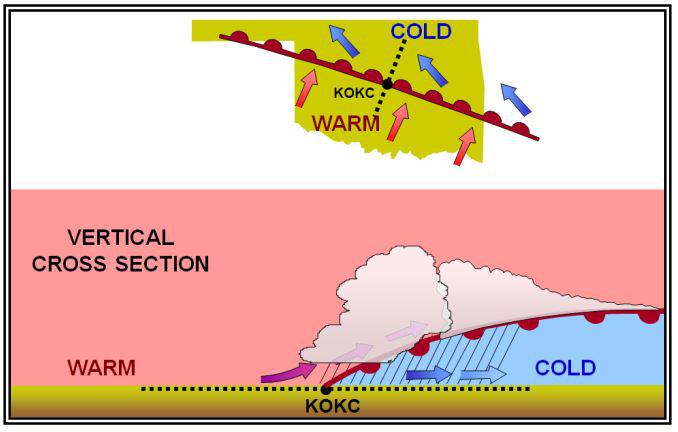 Sometimes air masses exert similar strength forces on each other and no one wins.  When one air mass is no stronger than the other, no movement occurs and you get a stationary front.  Although the forces of nature are rarely in perfect equilibrium, these fronts remain mostly stationary (movement of less than 5 knots ~5mph).  When you encounter a stationary front, there are a few things you should know about it: 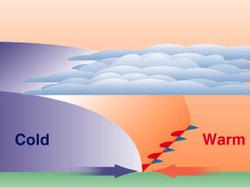 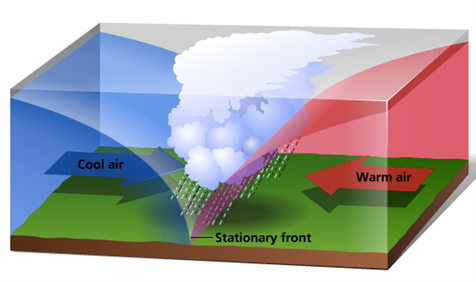 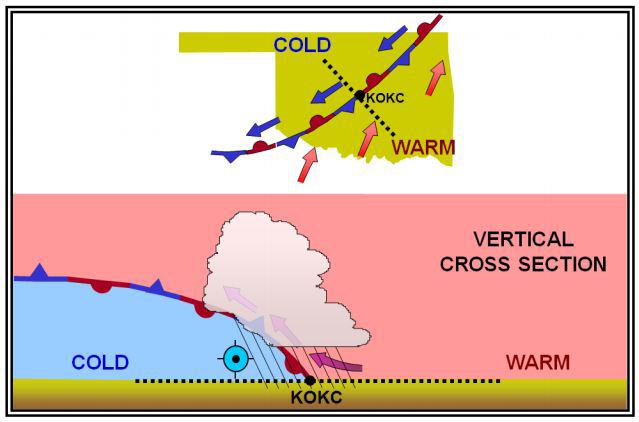 Occluded fronts also come in two different flavors, warm occlusions, and cold occlusions.  First, what is an Occluded Front you might ask? Well, it is simply a front that is overtaking another front because the slower front is driving in the left lane and won’t get out of its way.  Actually, check out this diagram below to see what it looks like.  It literally is just one front that is overtaking another front. 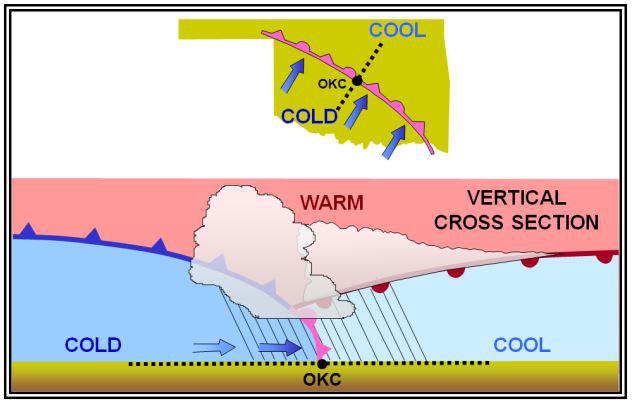 What are the differences between the two types?  Well in a Cold Occlusion, a faster moving cold front catches up and overtakes a slower moving warm front.  In a Warm Occlusion, a cold air mass overtakes a retreating colder air mass (and behind the retreating colder air mass there is usually some warm air being drawn up from the south) and catches warm air in between it and the colder air mass it was overtaking.  This may be difficult to wrap your mind around the fronts wrapping themselves around each other.  Take a few minutes to study the diagrams below to get a clearer picture of what is going on when this is happening. 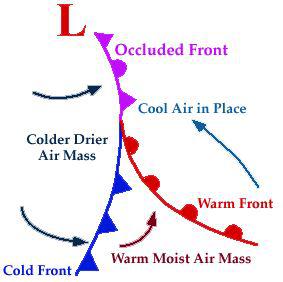 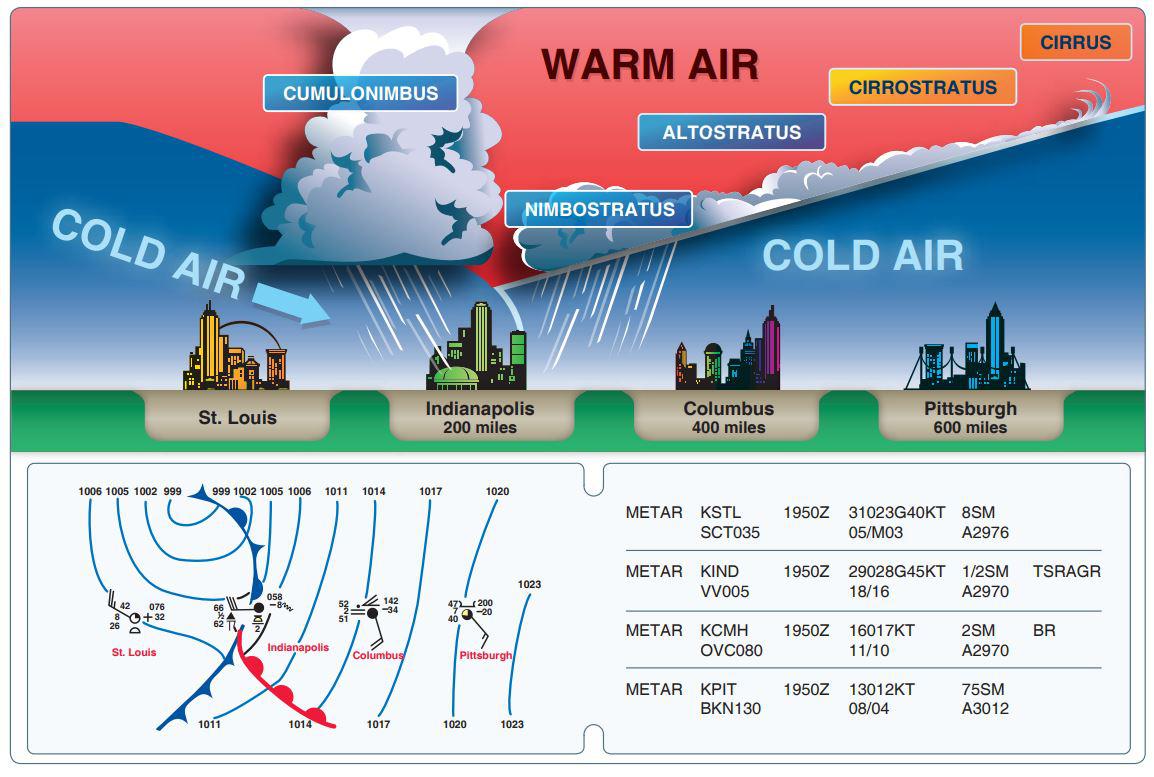 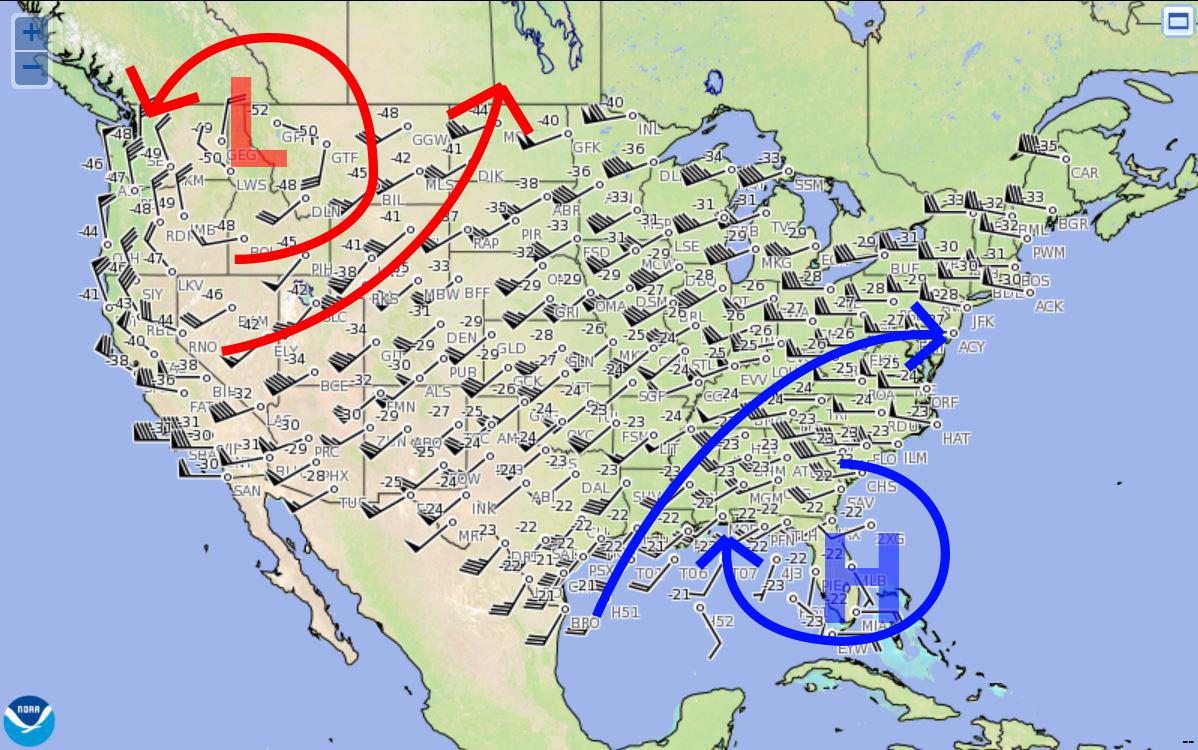 These systems rotate this way because of “Coriolis Effect” (the rotation on the Earth).  We know that the winds aloft always flow parallel to the isobars due to this Coriolis Effect, but very close to the ground due to the surface friction from the Earth, the wind direction changes to flow directly from high pressure to low pressure.